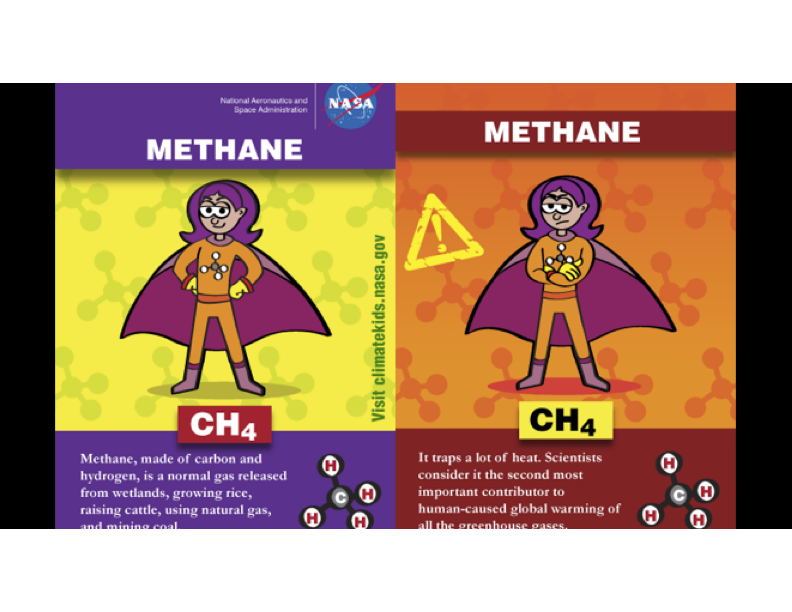 The warming of our planet due to heat-trapping gases is well understood.  (See climate.nasa.gov )  As of this writing, CO2 concentration in the atmosphere equals 418 ppm, a quantity about 1.5X its preindustrial level.  Since those simpler times Earth’s global mean temperature has risen 1.1 degree C (2 deg F).  What’s less well known is that CO2 has contributed only 0.6 deg C of that rise; methane (CH4) has contributed almost all the remainder (0.5 deg C).  So methane emissions are as much to blame for our plight as CO2!

Carbon dioxide genuinely is the product of combustion, and considering the copious burning of fossil fuels used to power our world, why then is methane also significant?  It’s because methane’s heat-trapping ability (global warming potential) is 84X greater than CO2*.  So if world-wide methane emissions were 84X less than CO2, they’d still remain on par with CO2 as a climate change contributor.  (For comparison, volcanoes emit approximately 100X less CO2 than human activities — insignificant.)  Yet not only is CH4 more powerful than CO2, its concentration in the atmosphere has risen faster also.  Methane’s level now is roughly 3X its preindustrial level (and continuing to rise sharply).

This is a serious problem.  Not only because CH4 directly contributes to famine, heat-induced deaths, and climate refugee migrations, but also indirectly to the larger frame of timing and tipping points.  Human society might just be able to accommodate a decarbonization agenda spread across say, 30-40 years.  But the spike in CH4 emissions calls for a faster response: 10 years at the most.  And indeed that’s a difficult demand of the human animal.  But what’s at risk is blowing past planetary-boundaries, the very life support systems upon which civilization depends.

At all costs we must avoid crossing planetary-boundaries because those passages lead to tipping points (https://www.stockholmresilience.org/research/planetary-boundaries/the-nine-planetary-boundaries.html).  One tipping point is permafrost melt.  Permafrost areas in the northern latitudes are ancient, frozen swamplands.  Warmer weather is melting them.  As they melt, the arrested decay from those swamps resumes and CH4 is released.  That leads to more warming, more melting, and so on.  If it continues, we’ll no longer have purported control over climate change since by then the heating will be dominated by escaping methane.

So it’s important for us, among other changes, to make every effort to electrify buildings and eliminate CH4 from our homes and commercial establishments as quickly as possible (CH4 is known as natural gas when it’s supplied by pipeline).  This is a relatively easy step to take, although like all change it incurs some extra upfront costs.  Although see redwoodenergy.net

Passive House methods and techniques will be invaluable in making the transition away from gas.  See for instance, naphnetwork.org/

*Methane’s global warming potential of 84X persists for around 15-years after entering the atmosphere.  Subsequent chemistry converts methane into CO2 and water vapor, leading to a global warming potential beyond 20-years of “only” 25X.  But that’s nearly irrelevant when confronted with rising numbers of methane sources continually refilling the atmosphere with fresh methane.  A shelf-life of “only” 15-years is a very long time under our present circumstances. 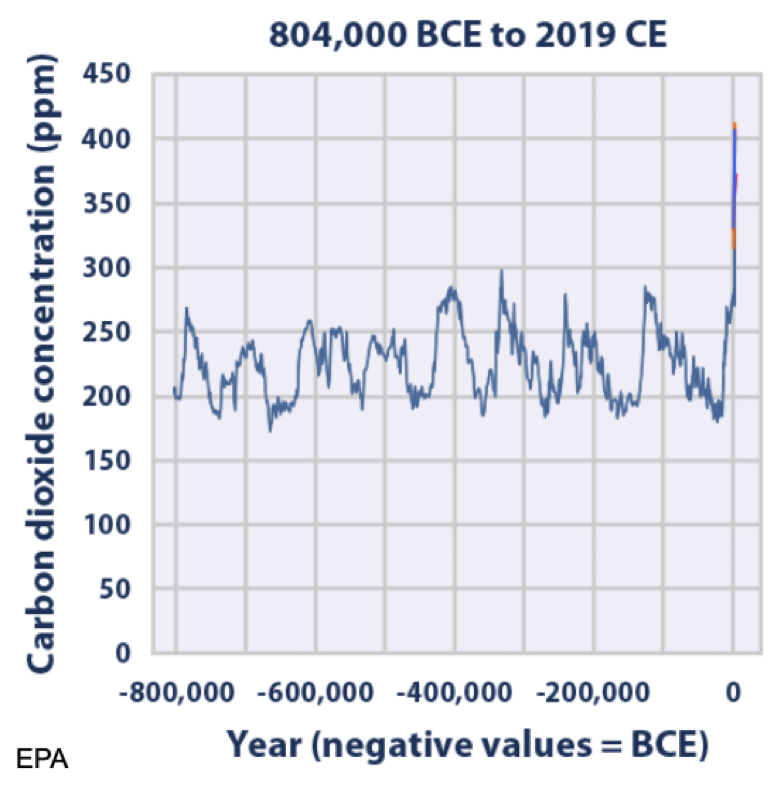 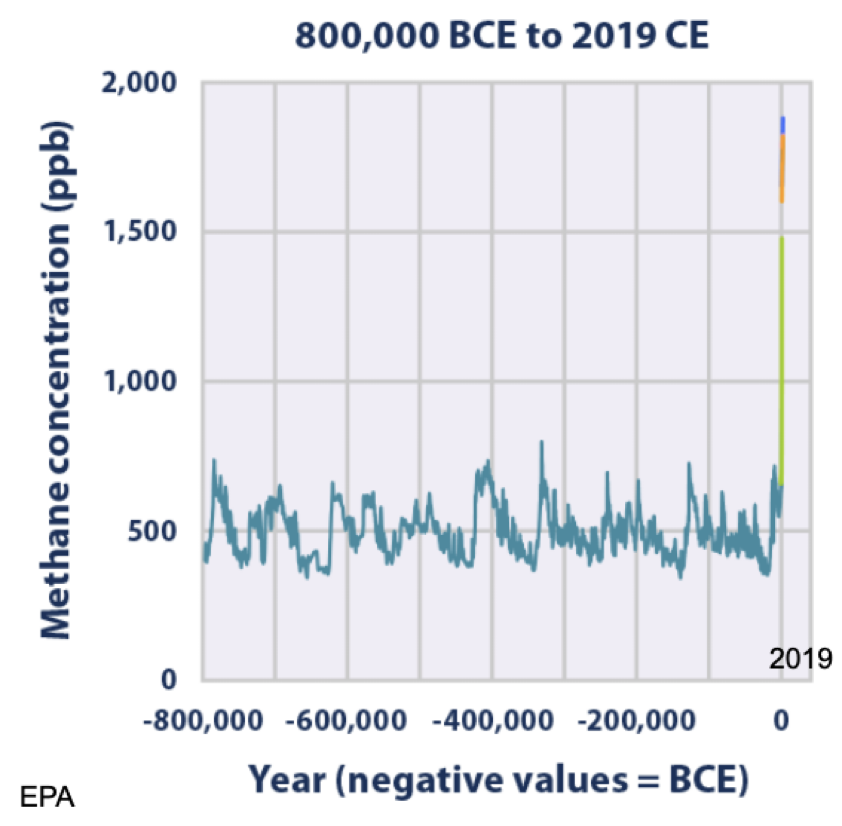